Assisting vulnerable witnesses who have communication difficulties is the aim of a new two-year program beginning in Queensland this month.

The Queensland Intermediary Scheme (QIS) pilot program will see professionals with qualifications in psychology, speech pathology, social work or occupational therapy become intermediaries. During the two-year pilot, intermediaries may be requested in Brisbane and Cairns to make recommendations to facilitate communication between vulnerable witnesses and the police as well as the courts.

As PACT continues in its mission to support, educate and empower child witnesses throughout their entire legal journey, working collaboratively with the intermediary scheme is an important step forward to achieve the best possible justice outcomes for vulnerable witnesses and victims.

PACT CEO John McDiarmid said he believes the collaboration between the complimentary, though different roles of PACT and intermediaries from the QIS will have positive outcomes for child victims of sexual abuse in Queensland.

“PACT delivers a support program for close to 2,000 children and young people every year in rural, regional and remote areas across Queensland,” John said.

“The service PACT provides for child victims and their families is crucial, supporting them throughout the long court process, and we are honoured to work alongside the QIS program with intermediaries to ensure the children we support can be heard in court and their evidence communicated in the best possible way,” John said.

PACT Support Volunteers play a vital – though different role – to intermediaries from the new QLD Intermediary Scheme (QIS) who are officers of the court and are there solely for communication purposes.

At a recent update on the Scheme, Karen Gibbons – QIS Program Manager –explained that intermediaries are not support persons. “When a referral is made to the QIS by police or the courts, intermediaries will attend to support equitable access to justice systems for witnesses in child sexual offence investigations and prosecutions by making recommendations so that witnesses can give their best evidence,” Karen said.

“The program is being implemented by the Department of Justice and Attorney-General in response to recommendations of the Royal Commission into Institutional Responses to Child Sexual Abuse.”

Children under 16, witnesses with an impairment of the mind or those with communication difficulties will have access to an intermediary when police or the courts request one.

This aligns closely with PACT’s goal of ensuring every child victim is supported through the stressful process of giving evidence. PACT support volunteers are paired with a child victim or witness at the beginning of their court journey, soon after an arrest is made, and are then by the child’s side through every step of the long justice journey.

Building rapport and trust with the child from the outset, PACT support volunteers are by the child’s side when they view their initial police statement and later when they go to court to give their evidence. PACT also provides information and education about the court process to reduce the child’s fear and boost confidence in their ability to find their voice and tell the truth.

Helping child victims find their voice is an essential part of ensuring sexual abuse cases are prosecuted successfully. This is where having intermediaries with professional backgrounds in facilitating communication becomes an incredible asset, a scheme PACT is excited to see being trialled in Queensland.

Victim testimony is particularly crucial in cases of child sexual abuse because offences usually take place behind closed doors, shrouded in secrecy generally without other witnesses. For very young children, or those with communication difficulty or disabilities, giving clear, accurate evidence can be difficult.

To counter this, Karen said intermediaries engaged through the QIS pilot program will work with witnesses and make recommendations to police and the courts regarding practical strategies on how best to communicate with the witness.

“The assistance of an intermediary can be the difference between a witness being able to give evidence or not,” Karen said.

While the pilot program is still very much in its trial stage, PACT understands that there are many parts of a witness’s court journey – different skills and different roles – and that ultimately, making all these work together means we can increase access to justice for the most vulnerable members of our communities.

“PACT Support Volunteers play a vital – though different role – to intermediaries from the new QLD Intermediary Scheme (QIS). I believe the collaboration between these two roles will have positive outcomes for child victims of sexual abuse in Queensland.” 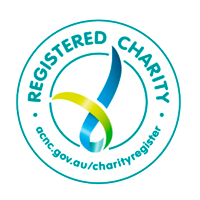